Drop Us a Line! 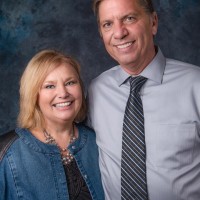 Raised in Champaign Illinois, Rick and Sue Wedig have been married for over 37 years and have been working together for 9 years. During the 2008 housing downturn Rick who has over 25 years' experience in real estate realized the phones weren't ringing like they once did. He'd been a real estate broker for 8 years and top producer in the industry, but the housing bubble had seriously affected the sales industry. Rick and Sue had been buying homes as investment properties since 1992 and they had managed those on their own. In 2008, they decided that opening their own property management company would be a great way to serve their clients. Their experience, reputation, referrals and work ethic quickly grew the company to over 300 properties in less than 7 years. In August 2015 they decided to pursue their dream of moving south to Florida and passed their Illinois business to their children. They interviewed many places and found that the Berkshire Hathaway Florida Properties Office Group in Wesley Chapel had a property manager who was ready to retire and they were able to buy his portfolio of business. They continue to add to that portfolio; their motto being "Exceeding Expectations". They are selective in accepting new homes to rent and manage making sure that owners understand their full responsibilities as a landlord. The owners and tenants trust them and appreciate their expertise. Common feedback from customers is how quickly they return calls and emails. That's all part of how they strive to constantly be Exceeding Expectations!

Rebeka Horvat is an essential part of the property management team in the New Tampa Office. She works primarily with the tenants getting their lease package prepared, helping them with HOA applications and preparing them for a stress free move-in. Rebeka also manages the internal communications with our accounting department and manages the data entry for marketing of properties. In this industry the work changes daily, as do her responsibilities but she does a wonderful job at keeping track of what needs to be done and keeping Sue and Rick on task!

Originally called Double Branch for the area's twin creeks, the community was named for the Methodist chapel that stood on the northwest corner of SR 54 and Boyette Road. A popular nickname for the area was "Gatorville."

Two of three planned malls have now opened, including the Shops at Wiregrass and a big box mall called The Grove on the northern perimeter. Wiregrass is known for its well-reviewed restaurants, bars & shops. Cypress Creek Town Center & Tampa Premium Outlets are now open (2016-17) & continuously growing. Wesley Chapel has been a major catalyst in the rapid growth of Pasco County, 38th fastest-growing County in the nation and retains much in the way of wildlife. Also as of July 2007, a new county park opened at the southwest corner of Boyette and Overpass roads. Wesley Chapel was also listed as one of the "8 boomtowns of 2008" by the Gadberry Group's annual list. Wesley Chapel has a new hospital called Florida Hospital at Wesley Chapel, and Pasco-Hernando State College's latest campus, Porter Campus at Wiregrass Ranch. See More... http://www.wesleychapelchamber.com/

Zephyrhills is a city in Pasco County. The population was estimated at 14,381 in the 2014 census. It is a suburb of the Tampa Bay Metropolitan Statistical Area. Zephyrhills is also known as the headquarters of the Zephyrhills bottled water and is a member of Tree City USA. The Community was founded in 1910 by Captain Howard B. Jefferies. Jefferies planned on making the community a home for Civil War Veterans. A Founders Day celebration is held annually in March.

Dade City is the County seat of Pasco County and is just north of Zephyrhills. It is popular with tourists for its antique stores, restaurants and historic architecture including the Pasco County Courthouse, Hugh Embry Library, and Edwinola. The annual Kumquat Festival is hosted downtown and the surrounding area is a large producer of the tart kumquat, a citrus fruit eaten whole. See More... http://www.visitflorida.com/en-us/cities/dade-city.html...for Zephyrhills See More... http://www.ci.zephyrhills.fl.us/.